Maynooth University is an internationally recognised institution located 25 kilometres outside of Dublin, Ireland, and is the nation’s fastest growing university.

One of four constituent universities of the National University of Ireland, Maynooth University in 2018 placed in the global top 100 universities under 50 years old in the Times Higher Education World University Rankings.

On 16 June 2017, Maynooth University celebrated its 20th birthday, having been formally established as an autonomous university in 1997. Yet, it traces its origins to the foundation of the Royal College of St. Patrick in 1795, drawing inspiration from a heritage that includes over 200 years of education and scholarship.

Advancement of knowledge through research

Maynooth University continues to be a national leader in the commercialisation of research as measured by Technology Transfer (TT) performance metrics.

Maynooth University is the lead institute in a technology transfer alliance with partner institutes WIT, AIT and ITC. The Commercialisation Office develop links and connects researchers with industry and the market place enabling market informed research; identifying, protecting and exploiting Maynooth University generated Intellectual Property via licensing and company spin-out; and developing a culture of research commercialisation. The output of all technology and knowledge transfer activities contributes to the growth and development of Ireland’s economy.

Maynooth University is proud of our prowess in the Social Sciences the Arts and Humanities, embodied in two flagship research institutes. In the Sciences and Engineering, we have major strengths across disciplines in climate research, human health, robotics, telecommunications and ocean energy.

In addition our teams are partners in a number of Science Foundation Ireland national centres, including in communications (CONNECT), software (LERO), data analytics (INSIGHT), geosciences (iCRAG) and renewable energy (MAREI), connecting our students with national priorities. The University also hosts the Innovation Value Institute – an Enterprise Ireland/IDA Technology Centre focused on IT Innovation. 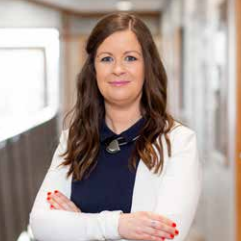 “MU has given me the opportunity and freedom to complete my M. Litt in an area of education that I am passionate about. I have been able to bring together my two areas of interest, that of educational disadvantage and psychology. Rather than being curtailed to traditional research areas or topics, completing the M.Litt has opened up new perspectives for me and allowed me to question my own educational views and the status quo in education, in a critical way.”

We work together as a scholarly community to inquire and discover, to teach and learn, to create, conserve, disseminate and apply knowledge, and to engage with challenges that face modern society.

We are continuing to enhance our international reputation for:

Our focus is on consolidating our international reputation as a university with excellent research, outstanding teaching, a global outlook, effective engagement with the society we serve, and a distinctive approach to the challenges facing higher education.

Cookies help us analyze your behavior in order to improve your experience; and third parties use them to create personalized advertising. By continuing to use our website, you agree to our Privacy and Cookie Policy.OKRead more